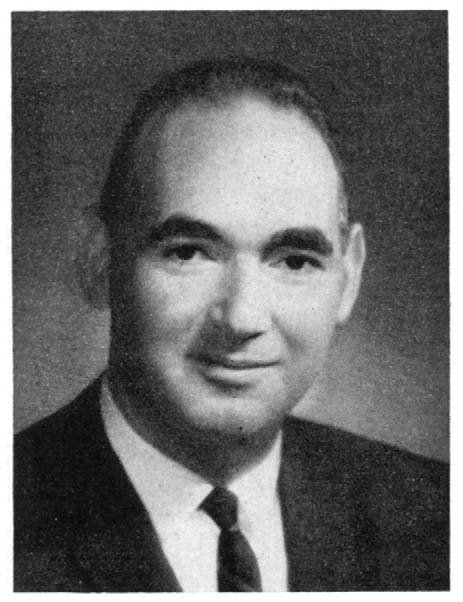 The 1967 Henry H. Storch Award was presented to Dr. Henry R. Linden at the 154th ACS National Meeting. Dr. Linden, director of Chicago's Institute of Gas Technology, is the fourth recipient of the award. The ACS Division of Fuel Chemistry presents it annually to the U.S. citizen who has contributed most to fundamental or engineering research on the chemistry and utilization of coal and related materials during the preceding five years.

Dr. Linden has been primarily responsible for the successful development of a hydrogasification process which produces synthetic pipeline gas from coal. In continuous hydrogasification, fossil fuels are reacted with hydrogen at high temperatures and pressures to produce synthetic pipeline gas consisting largely of methane. The process is being implemented by a $12.3 million research contract extension from the Department of the Interior's Office of Coal Research, which will finance the design, construction, and operation of a pilot plant to produce approximately 1 million cu. ft. per day of the synthetic gas from coal. This work is cospon-sored by American Gas Association, as was the preceding feasibility study.

Dr. Linden is a native of Austria. He received his B.S. in chemical engineering from Georgia Tech in 1944 and his master's in 1947 from Brooklyn Poly. Working under Dr. R. E. Peck, he received his Ph.D. from Illinois Institute of Technology in 1952.
Before joining the IGT research staff, Dr. Linden worked for three years for Mobil Oil in New York on characterization of petroleum fuels. At IGT he served as associate research director and director of research prior to being named director in 1961. Since 1962 he has been an adjunct professor of gas technology at IIT. He has been a v.p. and member of the board of directors of Gas Developments Corp., a subsidiary of IGT, since 1965.

Dr. Linden has authored or coau-thored nearly 100 publications and patents on fuel technology. His research efforts have been directed at the development of gasification and petrochemical processes using petroleum, oil shale, and coal as raw materials.
In recognition of his work in utility gas research, Dr. Linden received the Award of Merit of the operating section of the American Gas Association in 1956. In both 1959 and 1962 he received the Bituminous Coal Research Award. He is serving as chairman of the ACS Division of Fuel Chemistry during 1967.

He served as chairman of the Gordon Research Conference on Coal Science in 1965; as a member of several Industry Advisory Committees of the Interdepartmental Energy Study, Office of Science and Technology (1963-64); and as a member of the Technical Advisory Committee, Office of Coal Research, Department of the Interior (1963-67). He is also a member of the American Gas Association, American Institute of Chemical Engineers, Institute of Fuel, American Petroleum Institute, Tau Beta Pi, Phi Kappa Phi, Phi Lambda Upsilon, and Sigma Xi.