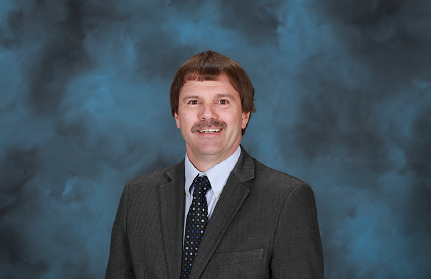 Dr. Phillip F. Britt of the Oak Ridge National Laboratory (ORNL)  received the 2016 Henry H. Storch Award in Fuel Science sponsored by the Energy & Fuels Division of the American Chemical Society. The Storch Award is being given to Phil Britt for his elucidation of new fundamental insights into the complex mix of free-radical, ionic and concerted reaction paths of oxygen functional groups in organic energy resources, which is crucial to devising improved methods for converting fossil and biomass resources into fuels and chemicals. Since joining ORNL in 1988, Phil’s research has focused on elucidating fundamental kinetic and mechanistic insights into the pyrolysis of organic molecules that serve as models for important structural features found in energy resources, such as biomass and low rank coals. Of particular note is his body of work that has focused on understanding oxygen functional group chemistry in these energy resources. This work was especially important because the role of heteroatoms in pyrolysis reactions has been less understood than traditional hydrocarbon chemistry and because heteroatoms were also thought to play an important role in the processing of the low rank coal, biomass and other oxygen-rich energy sources. He has also focused on understanding the role of oxygen functional group chemistry in retrogressive (cross-linking) reactions that are critical to conversion of low rank coals into liquid fuels and commodity chemicals. Further, he elucidated the effects of restricted mass transport on free-radical reactions. A hallmark of Phil’s research has been his approach that combines meticulous experimental studies with thermochemical kinetics and computational modeling to provide valuable predictive insights into reaction rates (via estimates of Arrhenius parameters) and mechanisms. His research has resulted in over 145 peer-reviewed articles and preprints and over 200 scientific presentations, many of which were invited. He has twice won the Richard A. Glenn Award for best paper, and he has been asked to present his work at five previous Storch Award Symposia. He has also made exceptional contributions to the fuel science community, organizing over 10 symposia at national meetings, and has served as the Treasurer, Chair and Director-at-Large of the ACS Division of Fuel Chemistry, as well as Alternate Councilor for the Energy & Fuels Division. He also served as Chair of the Gordon Conference on Hydrocarbon Resources. He has received the Distinguished Service Award from the ACS Division of Fuel Chemistry, and he is a Fellow of the American Chemical Society.