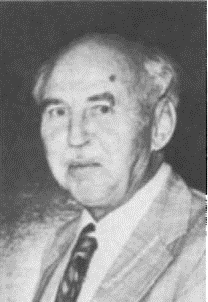 Dr. George Alexander Mills, director of advanced research and supporting technology, fossil energy section, Energy Research & Development Administration, has received the Henry H. Storch Award of the ACS Division of Fuel Chemistry. It was presented to Mills at the recent ACS national meeting in Chicago, in recognition of his contributions to "the advancement of coal chemistry, principally for work concerned with the LITOL process, the Synthane process, and the application of catalysis to synthetic fuels from coal." Mills' career started when he joined Houdry Process Corp. in 1940. His research involvement in synthetic fuels from coal began about 1950 with the application of specific cracking catalysts to the upgrading of low-temperature tars from coal. Later he developed highstability chromia-alumina catalysts that form the basis for the LITOL process, now in successful application in various parts of the world (the LITOL process transforms the constituents of crude light oil, produced by coking coal, to high-purity aromatics). In 1968 Mills joined the U.S. Bureau of Mines as assistant director of coal research; he became chief of the division of coal in 1971. In 1974 he became assistant director of supporting science and technology for the Department of the Interior, and in 1975, upon the creation of ERDA, was appointed to his present post. Mills is a member and past-president (1968-72) of the Catalyst Society of