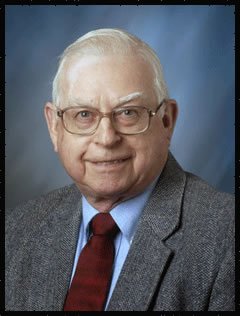 The research conducted by Dr. Burton H. Davis is recognized for its creativity, significance and breadth. During the past five years he has made important contributions in indirect coal liquefaction through his studies of the Fischer-Tropsch synthesis, in direct coal liquefaction and to the upgrading of coal liquid products. He has made contributions to the understanding the mechanism of alkane dehydrocyclization and to the structure of reforming catalysts. In these and other research areas, he has made effective use of isotopic tracer studies to obtain understanding of the fundamental science while also utilizing large reactor systems appropriate for generating data useful for commercial applications.

Davis has studied the production of individual fractions (gases, oils, asphaltenes, preasphaltenes, insolubles) during the conversion of a wide range of coals, including hundreds of bench and channel samples. Three lumped parameters (oil + gas, Asphaltenes + preasphaltenes, and insoluble organic matter) were obtained as a function of a severity index, defined in terms of reaction temperature and time. One investigator wrote, "From their innovative induction of ternary plots of the three lumped parameters, along with plots of individual fractions vs. severity index, [they] deduced reaction pathways for a number of coals during either thermal or catalyzed liquefaction." He made the surprising and important conclusion that a catalyst could change a reaction rate but not alter the reaction pathway.

David has made significant strides in understanding the upgrading of coal derived liquid transportation fuels, demonstrating that the maximum rate of removal of the three heteroatoms – N, S, and O – occurs for the same, rather than different, transition metal sulfide catalysts. He has followed the fate of the individual nitrogen and sulfur compounds during hydrotreating and has provided information on the kinetics of HDS and HDN under competitive reaction conditions. He has demonstrated that, contrary to current views, sulfur compounds undergo hydrogenation prior to the HDS reaction; his work has also furnished evidence that simple kinetic orders do not apply, even for many of the individual nitrogen and sulfur compounds.

During the past five year period, Davis has made notable advances in understanding of the Fischer-Tropsch synthesis with iron catalysts. He has provided strong support of the "Storch Mechanism" which involves an oxygenate intermediate for iron catalyst rather than the currently viewed surface carbide mechanism. He conclusively dominate, using isotopic tracers, that carbon dioxide serves to initiate the chain growth for the hydrocarbon production but that only carbon monoxide contributes to chain growth. He has shown that secondary reaction make, at most, small contributions to the Fischer-Tropsch synthesis and that alkenes are unable to participate in secondary reactions nearly to the extend proved by alcohols. In addition to the mechanistic results, he has developed an iron catalyst with an approximately 50% improvement in activity for slurry over the "standard Kölbel catalyst".

Davis has provided the most detailed understanding of the structure of a naphtha reforming catalyst and the mechanism of the dehydrocyclization catalyst. Using a variety of sophisticated instrumental techniques, he identified Pt-Sn alloy formation and the role of the alloy in catalytic activity. Using both radioactive and stable isotopic tracer techniques, he has demonstrated that the monofunctional metal catalyzed cyclization occurs through the direct formation of a six-carbon ring. His creative utilization of deuterium labeled compounds has presented evidence that chemisorption is the rate determining step in dehydrocyclization, a view that contrasts with accepted views.

Davis' work has provided strong evidence that ether formation with a heterogeneous catalyst occurs by a bimolecular substitution mechanism involving a Walden inversion. Even with catalysts such as alumina, ether formation may be a dominate reaction with secondary alcohols and, using an optical isomer of 2-butanol, Davis showed that all ten possible isomers are formed in the expected quantities. To accomplish this, he developed a gas chromatographic technique that allowed utilization for the inverse kinetic isotope effect and the separation of optical isomers. As part of this study, he extended understanding of the kinetic isotope effect in gas chromatography. Isotopic tracer studies utilizing alcohols allowed Davis and coworkers to identify much of the reaction network for the complex mechanism involved in conversion of methanol to gasoline-range hydrocarbons using a zeolite catalyst. This work illustrated Davis' ability to make effective use of a wide range of disciplines to make effective advances in our basic understanding of a number of reaction mechanisms. 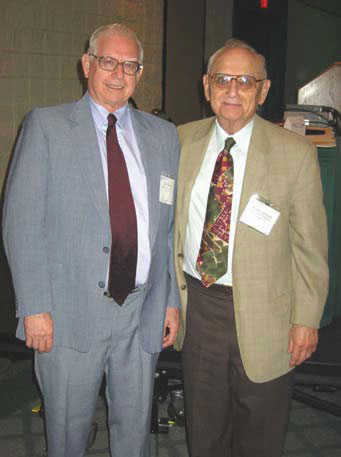 A unifying aspect of Davis' research has been his use of isotopic tracer techniques and a broad range of disciplines to develop detailed mechanistic understanding of complex, real-world problems. An example is his use of a natural abundance isotope technique to demonstrate that about one-third of the sulfur contained in a hydrotreating catalyst is very labile and exchanges within a day whereas the remainder slowly exchanges during a 90-day period, and all of this was accomplished in a six-ton per day coal liquefaction facility.
In addition to his scientific research, Davis has become very active in the history of catalysis and related areas. In this effort, Davis has developed an extremely extensive archive of videotapes of persons who contribute to his research area.ton