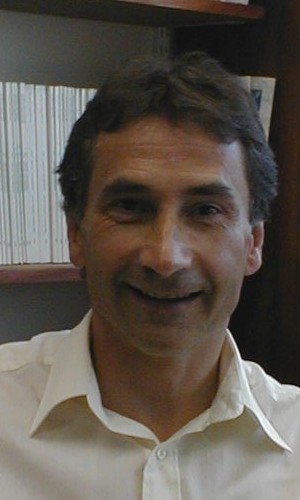 Professor Colin Snape of the University of Nottingham is the recipient of the 2006 Henry H. Storch Award in Fuel Chemistry sponsored by the Division of Fuel Chemistry, ACS and by Elsevier Ltd.  Colin received his First Degree in Chemistry from University of Sheffield (1974) and his Ph.D in Physical Chemistry, at University of Leeds (1982).  He was a Research Chemist at the Coal Research Establishment of British Coal (formally the National Coal Board) from 1974 to 1987.  He went to University of Strathclyde in Glasgow in 1987, where he was Lecturer in Applied Chemistry 1987, promoted to Senior Lecturer in 1990, then to a Reader in 1993 and finally to Professor in 1995.  In 2000 he moved to the University of Nottingham where he is Director of the Nottingham Fuel & Energy Centre and Research Director of School of Chemical, Mining& Environmental Engineering.

Colin has now been involved in fuel science for over 30 years having started working at the Coal Research Establishment (CRE) of British Coal (formally the National Coal Board) in 1974 and, as part of the liquefaction program.  He was responsible for the structural characterization of coal liquids and, under the early tutelage of the likes of Bill Ladner and Derek Williams at CRE and Keith Bartle at Leeds University (where he obtained his Ph.D), he gained a strong interest in NMR spectroscopy.  Many of his early publications were concerned with the application of quantitative 13C NMR to the structural characterization of supercritical gas (SCG) extracts of coal, both as means of understanding the liquefaction and to probe coal structure.  This and the related work on hydrogen –donor solvent extracts provided conclusive evidence that high volatile bituminous coals comprise relatively small aromatic moieties.  Other early notable achievements included the use of derivatisation to both improve the solubility of coal extracts and hence enabling solution state 13C NMR to be conducted on pre-asphaltenes and enable OH functionality to be quantified.  The structural characterization work on asphaltenes showed that, in addition to molecular mass and polarity, a parameter representing the condensation of aromatic groups was required to define all asphaltenes.

In the early 1980s, his interests expanded to include the investigation of hydropyrolysis as a route for direct coal liquefaction.  He was the first to demonstrate that high yields comparable to those achieved in solvent mediated hydroliquefaction could be obtained with the use of suitable dispersed catalysts.  Patents were obtained on hydropyrolysis that helped to establish this liquefaction route as a viable alternative to hydrogen-donor solvent liquefaction.

After moving to the University of Strathclyde in 1987 as a Lecturer in Applied Chemistry, a vigorous research program in fuel science encompassing his long-standing interests in coal characterization, organic geochemistry and conversion, together with newer interests in cracking and hydroprocessing catalysis, petroleum residues, oil shale and biomass pyrolysis, sulfur speciation and polymer degradation was established.  He was promoted quickly to Senior Lecturer, then Reader and finally to a Professor in 1995.

Colin first developed an interest in solid-state 13C NMR during the 1980s and, with Harris and Packer at the University of East Anglia, showed that cross polarization can discriminate heavily against aromatic carbons.  In view of the well-documented inherent problems with CP 13C NMR concerning quantification for solid fuels, the use of the more time-consuming Bloch decay or single pulse excitation (SPE) technique was proved to be essential in many cases for obtaining accurate aromaticity values and other carbon skeletal parameters for coals.  He has applied SPE to obtain quantitative results for maceral concentrates, semi-cokes, oil shales/petroleum source rocks, polymers and catalytic cokes.  Regarding broadline 1H NMR and advancing the earlier work of Lynch and Sanada, the quantification of both the amount of mobile (fluid) phase and the mobile phase T2 have enabled a number of phenomena in coal and pitch carbonization to be rationalized.  Measurements established that some high volatile bituminous coals that display little plasticity development in the Gieseler and can generate appreciable fluidity, probably due to volatiles (potential metaplast) escaping at lower temperatures in the Gieseler.  In contrast, suppressing the fluidity by mild oxidation reduced primarily the concentration of the fluid phase.  The in-situ measurements have confirmed that plasticity development is a reversible phenomenon provided that relatively fast quenching rates are used.  With colleagues at Strathclyde, he applied in-situ 1H NMR to quantify condensed phase phenomena in polymer degradation for the first time.

Although work continued on catalytic effects in hydropyrolysis for coals and oil shales, the main focus of the effort on hydropyrolysis has been to develop it as an analytical pyrolysis procedure, firstly for quantifying organic sulfur forms by TPR and, then more recently, to release covalently-bound biomarkers from kerogens and asphaltenes.  Indeed, catalytic hydropyrolysis possesses the unique ability of producing high yields of biomarkers from petroleum source rocks whilst minimizing alteration to their isomeric distributions.   This has enabled the technique to be used where the conventional biomarker approach fails, for example for heavily biodegraded oils, tar mats/pyrobitumens and cuttings contaminated with oil-based muds.  Indeed, the success of hydropyrolysis to address these problems is going to be pursued through a spin-out company.

To establish a basis for applying gas chromatography - isotope ratio mass spectrometry ( GC-IRMS) to source PAHs from coal utilization, stable isotopic ratios as a function of coal rank and process conditions were first measured by Colin and coworkers.  The results indicated that the primary control on the isotopic values of coal-derived PAHs is the extent of ring growth required to form PAHs during processing.  Thus, for relatively mild conversion processes such as low temperature carbonization where the major aromatics are alkyl substituted 2-3 ring PAHs, the isotopic signatures are similar to those of the parent coals.  The research on PAH source apportionment has been extended to source biogenic-methane derived PAH in the environment for the first time.  Further, carbon stable isotope measurements are now being combined with radiocarbon and hydrogen stable isotope measurements to provide an even more definite approach to environmental source apportionment of hydrocarbons.  Nitrogen stable isotope measurements have also been developed as a means to resolve fuel and thermal NO from coal combustion.

On moving to Nottingham in 2000, Colin established the Nottingham Fuel & Energy Centre and, as well as cleaner coal technology, the multi-disciplinary research portfolio of the Centre encompasses carbon technology, applied geochemistry and oil, fuel characterization and pollutant source apportionment as major themes.  The Centre currently comprises 6 academics active in fuel-related research, 10 research fellows and 15 post-graduate students.  Within the Centre, Colin has established a research program on novel adsorbents for CO2 capture both in combustion and gasification and developing high capacity Hg adsorbents while continuing the research on hydropyrolysis for applications in oil exploration, coking phenomena and heavy oil conversion.  He is working with colleagues on aspects of biomass co-firing in combustion and using thin sections of coal as a source of high-resolution climatic data.  The co-authors on many of Colin’s publications reflect the strong international links that have been established with researchers both in Europe and the USA.

Colin Snape’s contribution to the field is indicated by his roughly 200 peer-reviewed publications, combined with numerous conference presentations and lectures.  He has been invited to present plenary lectures at many prestigious international conferences.  His awards and recognitions include election as a fellow of the Royal Society of Edinburgh, and receipt of the Peter H. Given Lectureship in Coal Science from The Pennsylvania State University.