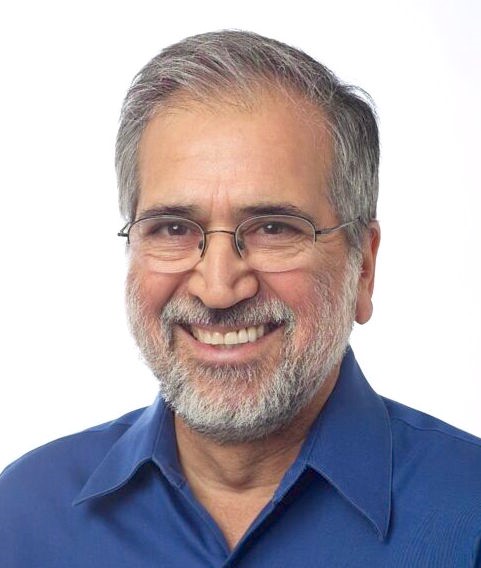 The Division of Energy & Fuels of the American Chemical Society selected Ripudaman (Ripu) Malhotra as recipient of the 2015 Henry H. Storch Award. Chosen for contributions to the field of fuel science and energy technology in a broad range of areas, he has focused in his laboratory work on the mechanisms of coal liquefaction and gasification, the formation of retrograde products during such “upgrading,” the structure of coal liquefaction products, heavy petroleum fractions, and tar-sands upgrading products.

Ripu received his Ph.D. in organic chemistry in 1979 from the University of Southern California under Nobel Laureate George Olah. He is the author or co-author of four books and over 90 articles in scientific journals. He currently serves as the Associate Director of the Chemical Sciences and Technology Laboratory at SRI International in Menlo Park CA, and as associate editor for the Journal of Sustainable Energy Engineering.

In his laboratory work, he and his co-workers have clarified the multiple roles of hydrogen transfer in fossil fuel conversions, identifying a new pathway for hydrogen transfer. This work was facilitated by the use of field-ionization mass spectrometry (FIMS) coupled with liquid- and gas-chromatography to track many of the complex products, and elucidated the chemistry of retrograde reactions that often accompany “upgrading” and lead to deposit formation in the use of diesel and jet fuels as well as in coal liquefaction and heavy-oil upgrading. This work led to the development of a group additivity relationship helping to quantify the correlation between functional groups and the sooting tendency of fuels.

His early experience in the mechanisms of nitro compound formation enabled him to identify the surface-catalyzed hydrolysis of chlorine nitrate as the key reaction in formation of the Antarctic ozone hole. Similarly, his familiarity with FIMS analyses of heavy fossil fuels – and the occasional unexplained appearance of mass spectral peaks at the unusual mass of C60 and related compounds – led to the development of processes for producing fullerenes, nanotubes, and related materials.

During the last several years he co-authored the book A Cubic Mile of Oil: Realities and Options for Averting the Looming Global Energy Crisis. This book frames the discussion of energy sources in terms of an easily understandable common volumetric unit (a “CMO”) that avoids the need for repeated inter-conversion between units of energy differing by many orders of magnitude. It has been followed by Ripu’s recent application of learning curve methodology to compare likely time frames for large-scale introduction of new/modified energy production technologies to the market place.

He has most recently led a team that developed a laboratory-scale, radiatively-heated high-pressure, high-temperature flow apparatus, which allowed elucidation of the effect of pressure and temperature on the simultaneous gasification of coals and reforming of natural gas to H2 and CO. The observed stoichiometry would allow production of liquid fuels via methanol in a process that produces no CO2 and consumes no water, and is estimated to have capital outlays of roughly half those of conventional Fischer-Tropsch approaches.

The Henry H. Storch award is given to recognize distinguished contributions to fundamental or engineering research on the chemistry and utilization of all hydrocarbon fuels. It is sponsored by the ACS Division of Energy & Fuels. Ripu Malhotra will be honored at the Storch Award Symposium at the Boston ACS National Meeting.