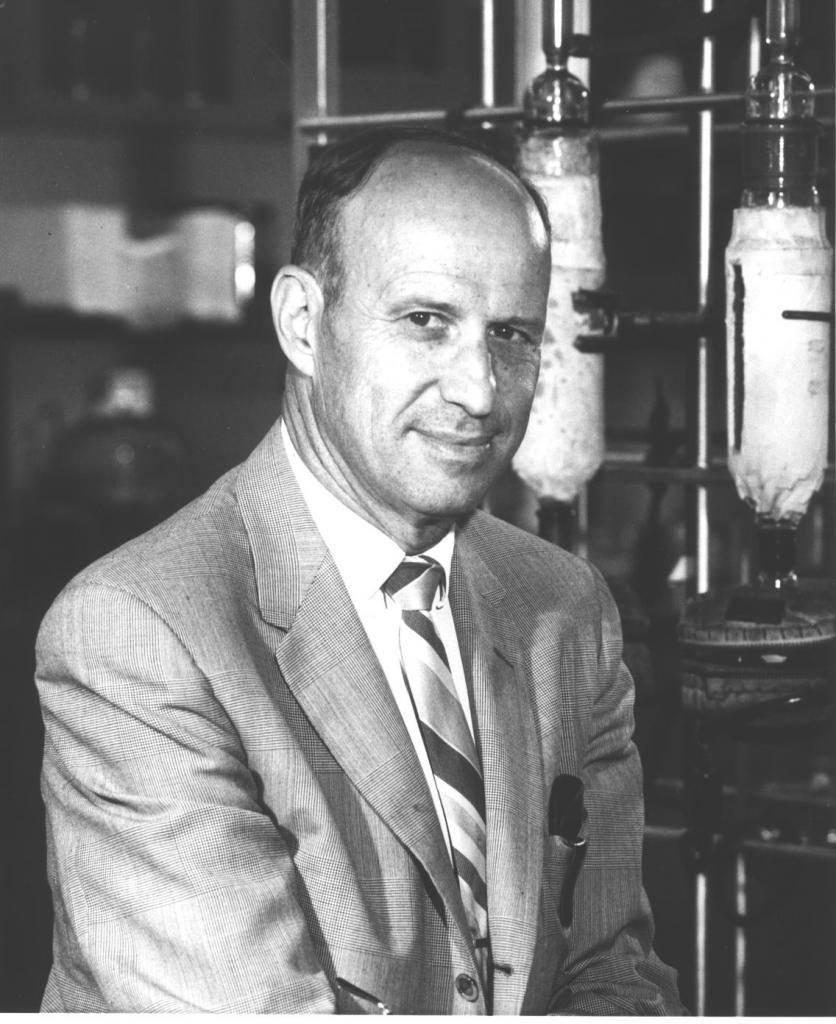 Dr. Everett Gorin of the Research Division, Consolidation Coal Company has been chosen by the Division of Fuel Chemistry as the 1965 recipient of the Henry H. Storch Award.  Dr. Gorin has made significant contributions to an array of coal conversion processes, including low temperature carbonization, gasification of char, desulfurization of char, manufacture of hydrogen, synthesis of high BTU pipeline gas, direct generation of electricity from coal via fuel cells and conversion of coal to gasoline. He is credited with being the inventor of the Consol "Coal to Gasoline Process which is embodied in a pilot plant being erected in Cresap, West Virginia. This process, involving partial conversion of coal to gasoline and utilization of the residue for power generation, permits a substantial decrease in the manufacturing cost of gasoline as compared
t o prior coal conversion processes. This program is being supported by the Office of Coal Research. Dr. Gorin and his associates have developed a continuous process for converting coal to blast furnace coke, characterized by its uniformity of strength and size.  This “Formcoking”
Process has successfully utilized poorly caking coals which cannot be used in conventional coke ovens. A substantial improvement in the manufacture of hydrogen and high BTU gas from coal was achieved by development of the C02 acceptor process which improves the thermal
efficiency of gas manufacture and eliminates the need for oxygen. This work is also being supported by the Office of Coal Research. One of Dr. Goring’s most recent achievements is a direct one-step conversion of coal extract to gasoline in high yields, Dr. Gorin holds approximately 50 U.S., patents on coal processing. In addition to these technological developments, much of the basic work needed for the development of these processes was carried out by Dr. Gorin and his associates. This research, which has been described in numerous technical publications, concerned itself with the kinetics of char gasification, kinetics of char desulfurization, electrode processes in fuel cell operation, and development of tracer techniques using radio isotopes.

Dr.,Gorin was awarded the Bituminous Coal Research Award twice for the best paper presented to the Division of Fuel Chemistry at National Meetings of the American Chemical Society.

Dr. Gorin obtained his B.S. degree from the University of California and his Ph,D, degree from Princeton University. He spent 3 years after receiving his Ph.D. degree In postdoctoral research in the fields of photochemistry and quantum chemistry.  Dr. Gorin was employed by Magnolia Petroleum Company from 1939 to 1946 as aresearch supervisor, and in 1946 was transferred to Socony Vacuum Oil Company as a research associate. He joined the Research Division of Consolidation Coal Company in 1947 and is now Manager of Process Research.

Dr. Gorin is married to the former Margaret Allwein. The Gorins have two children, a boy age 14 and a girl age 13.